Silver Spur Ranches has been a driving force in the U.S. beef industry for many years. They have operations in Wyoming, Colorado, New Mexico, and Nebraska. In the last 10 years, Silver Spur has been amongst the top ten largest commercial cattle operations in the United States. Within their four state locations, Wyoming is primarily the commercial cow/calf operation and Colorado is known for the seedstock operation. They also have feedlot locations in Nebraska. Silver Spur is owned by John and Leslie Malone. It takes an army to run this massive cattle operation. Among this army Thad York is the General Manager of the operation and is located in Encampment, Wyoming while Decky Spiller is in charge of the cattle marketing and he is located in the Kiowa Creek Division in Colorado.

There are about 16,000 head of cattle that run through the four branches of Silver Spur, of  those 16,000 about 1,100 head of cattle are the registered seedstock. The ranch is fairly new to the Red Angus breed bringing them into their herd about 10 years ago and really amping up their numbers in the last six years. Although registered cattle are just a small part of this large operation they are of high importance to the success that the ranch reaches to achieve through a genetic standpoint. The northern divisions of Silver Spur run at a high altitude, anywhere from about 6,500 feet and 10,000 feet, so they need cattle that can handle and adapt to such conditions. This is why they decided getting into the Red Angus industry would be a great asset to their production herd. As a breed, they have huge potential to be thrifty and efficient mother cows. They have also brought a lot of changes to Silver Spurs cattle herd in a short amount of time.

Silver Spur Ranches has had a lot of success on the showring side of the beef industry. They have been exhibiting at the National Western for the last eight years with the Red Angus and they have also attended off and on with Charolais since around the 50’s and 60’s. Their success at the National Western includes Reserve Champion Pen Red Angus Bulls in 2016. When asked what is significant about the NWSS, Decky Spiller stated “A big part of Silver Spur is maintaining a strong family value. We value getting to see other ranches and seeing other families raising their children in this industry. The National Western also allows us to provide a front end showcase to the public of our top genetic offerings.” They will be exhibiting on the Hill and the yards this year. 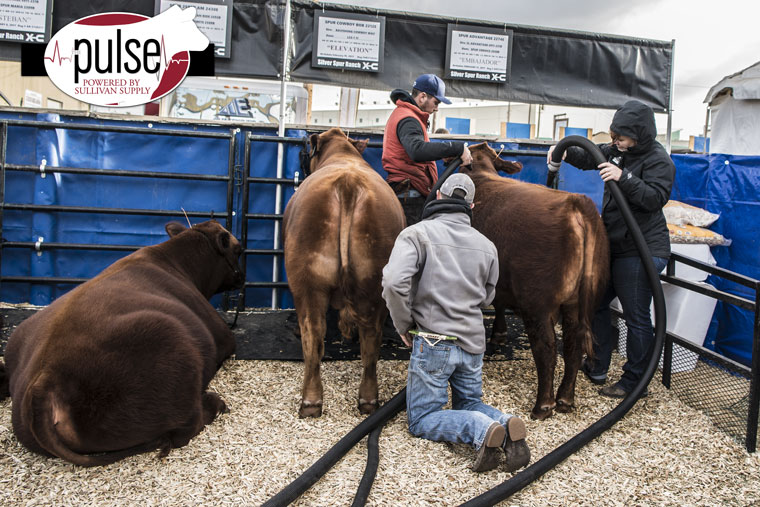 The beef industry is the heart and soul of Silver Spur and they work to provide not only top genetics for other breeds but on the feedlot side they work in a vertically integrated beef production business. They strive to sell beef on the rail as an all-natural product for their consumers. Silver Spur is very passionate about the beef industry from the showring to the feedlot they put their pride in providing the best for their customers.